How's your Swedish? Many thanks to Michael and Ronny at Radio Virus for including Marauder Pt.1 off my Choice Cuts CD in last night's show! Broadcasted weekly at Radio Eskilstuna 92.7, you can stream the show here (choose '2018' and '2018-09-17', scroll down and press play underneath "Lyssna på hela programmet") and download it here. Tusen tack!
Posted by Videogram at 9:00 AM No comments:


September 24th sees the third release in the Videogram redux series: The Outpost 31 Isn't Responding digital EP/cassette! Originally released in the fall of 2015, the EP is my tribute to John Carpenter’s iconic 1982 sci-fi horror classic The Thing.

The 2018 ’redux’ version sees the original two-track single completely remixed and remastered, and expanded with two previously-unreleased session outtakes, one all-new freshly-penned track, plus my reimagining of Ennio Morricone’s Humanity Pt. 1 added as bonus tracks, making for one twenty-minute EP's worth of ice-cold horror synth!

The physical version comes on an six-track "cassingle" manufactured on snow white cassettes with full color A and B side stickers, and a wrap-around sleeve featuring Van Davis' gorgeous original artwork printed on premium recycled card stock. Available only via my official Bandcamp page! Digital via all streaming and download sites worldwide.

Posted by Videogram at 9:00 AM No comments: 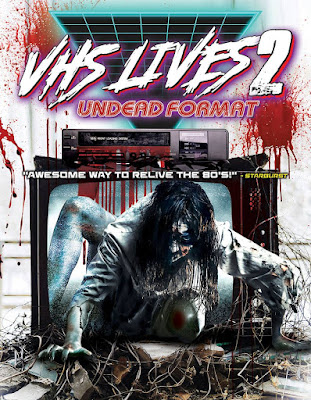 Not that much info to share at the moment, but earlier this week Vestra Pictures producer Tony Newton posted the great-looking poster art for VHS Lives sequel VHS Lives 2: Undead Format online! To be released soon on DVD and VOD. Get updates via the official IMDB page here and their Facebook page here.

Speaking of which: I received my screener copy of VHS Lives in the mail not that long ago. Distributed by MVD Home Entertainment, the DVD is available via WWMD direct here, as well as major retailers such as CD Universe and Target. The digital VOD version is available via iTunes, Amazon and similar streaming sites. Check it out! 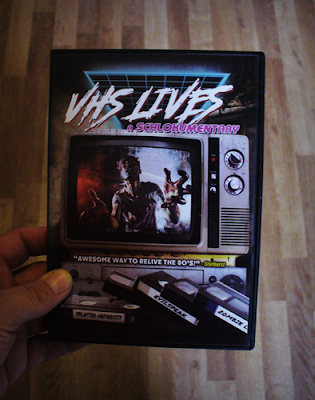 Posted by Videogram at 8:30 AM No comments: